POOLHOUSE continued to grow in May, as we welcomed four new team members into key roles. We keep raising the bar to provide even better, more comprehensive services to our brand and campaign partners.

Meet the latest additions to the team: 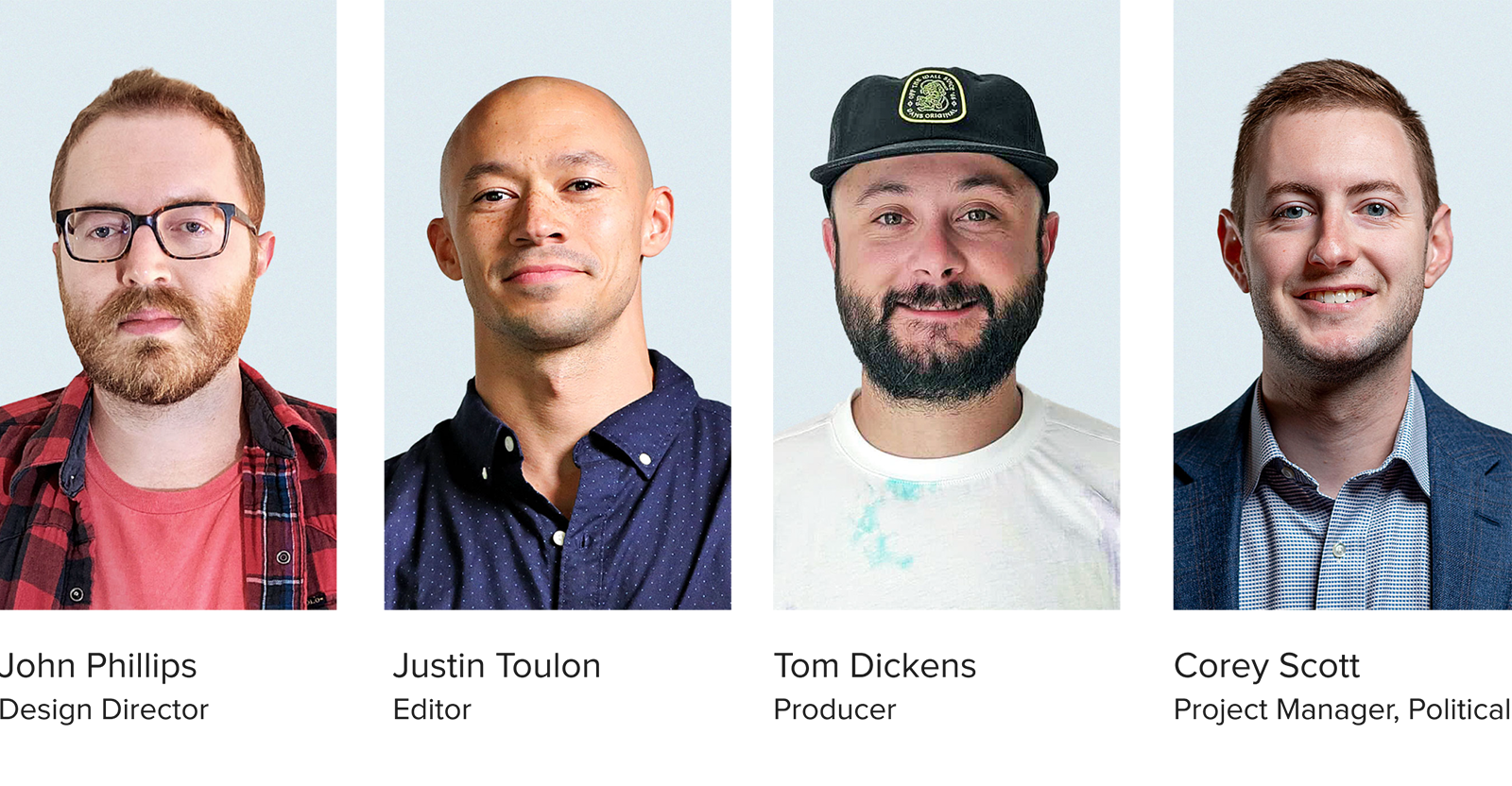 A South Carolina native and graduate of the Savannah College of Art and Design, JP has a passion for all things creative, and has been fortunate enough to work on a variety of projects in various mediums for many years as a designer and illustrator.

JP has the honor of helping motivate, elevate, and fine-tune processes on a daily basis for the exceptionally talented design team at POOLHOUSE.

As Editor, Justin takes the visuals at POOLHOUSE to the next level.

With over 10 years of experience filming and editing documentaries, films, music videos, and news, Justin’s background in television and film enables him to bring a cinematic flair to his projects.

When he’s not cutting awesome videos, Justin enjoys crushing weights at the gym and spending time with his wife, daughter, and 2 dogs.

A producer over the last 3 years for political campaigns, shoots, and ads, Tom brings tremendous knowledge and hustle to our team.

He’s worked on political campaigns across the country at the state and national level as well as for State and Federal Government. Most recently, Tom served as Director of Political Strategy at the Republican National Committee before founding his company, SAO Films.

And once we get a break from election season… Tom will teach us all how to catch and release as he runs a side business as a fly fishing and hunting guide in Alaska and Wyoming and was even a commercial fisherman in the Gulf of Maine.

With years of campaign, legislative, and executive agency experience, Corey brings a unique skillset to meet our clients’ needs.

On the political team, Corey works hard to make sure our clients are set up for success with the tools they need to win. In addition to being POOLHOUSE’s resident space nerd, Corey is a combat sports enthusiast, enjoys riding his motorcycle, and loves bowling.